Posted by Michael on June 7, 2015
Posted in: Whiskey-based. Leave a comment 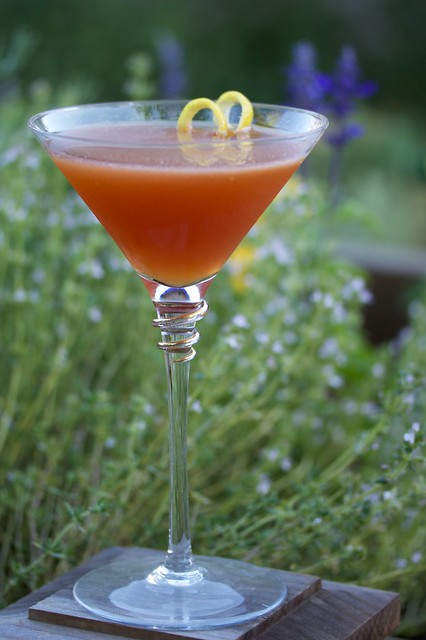 As even the occasional reader of this blog can attest, we generally are a bit circumspect when it comes to newly minted cocktails.  When we were reading Ti Adelaide Martin and Lally Brennan’s book, I the Land of Cocktails, and they described being at Lally’s house for the first Marti Gras after Katrina and wanting to make a new cocktail and enlisting the help of Ted, “Doc Cocktail” Haigh to come up with one, we thought this should definitely merit an exception.  As an aside, in addition to the cocktail having respectable amount of hooch in it, Nellie Valentine was their grandmother, so the Whoa, Nellie! is apparently also an homage.

Shake and stains into a chilled cocktail glass.

We added the twist of lemon as a garnish.  I normally would not go fiddling with a cocktail from such an exalted cadre of creators, but since I used Patrón Citrónge as the curaçao instead of Cointreau and a different dark rum that was a bit sweeter (but more flavorful in my opinion) than their original Meyers, we decided to back off the simple syrup to 1/4 oz. I realize this is a bit of hubris, but we did the experiment, starting with no simple syrup and going up to the full amount.  That’s always an interesting thing to try; you really do find a magic spot where the flavors come alive but the cocktail isn’t sweet.  A little and the cocktail is cloying.

This is one both B and I really enjoyed and will likely find a spot in our regular rotation.